On May, 17 the opening ceremony of the personal exhibition of the well-known Azerbaijani photographer Agdes Baghirzade, with the support of the Embassy of the Republic of Azerbaijan in Hungary, was held at the famous gallery located in the historic part of Budapest.

The exhibition is dedicated to the 100th anniversary of the establishment of the Republic of Azerbaijan and will last for three days. The author presents interesting photos taken in Baku Puppet Theater during “Leyli and Majnun” spectacle of the great Azerbaijani composer Uzeyir Hajibeyov.

The Ambassador Vilayat Guliyev, in his speech, mentioned that 2018 was devoted to the 100th anniversary of the Republic of Azerbaijan, and the exhibition was dedicated to this historic event. Noting that this year also is remarkable as 110th anniversary of the first performance of Uzeyir Hajibeyov's “Leyli and Majnun” opera, Vilayat Guliyev emphasized that this exhibition will give visitors the opportunity to learn about Azerbaijan's ancient culture and music.

Then, the Ambassador Vilayat Guliyev introduced Agdes Baghirzade to the guests and talked about the professional activities of photographer and her personal exhibitions organized in Azerbaijan and in several foreign countries.

The exhibition was accompanied by national music and video about the sights of Azerbaijan which was watched by visitors with enthusiasm. 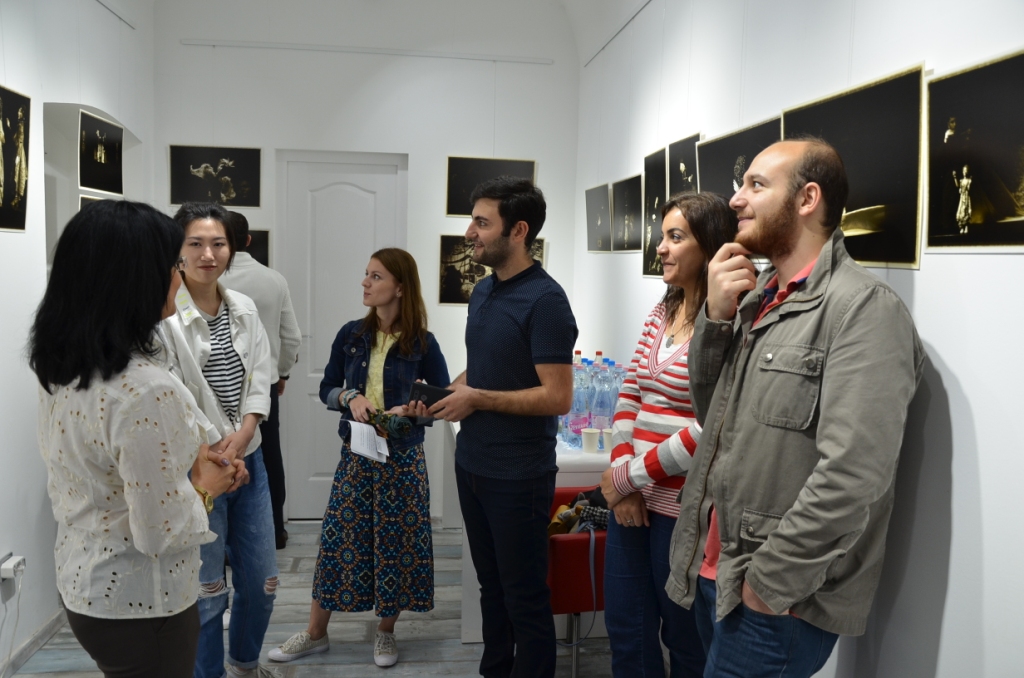