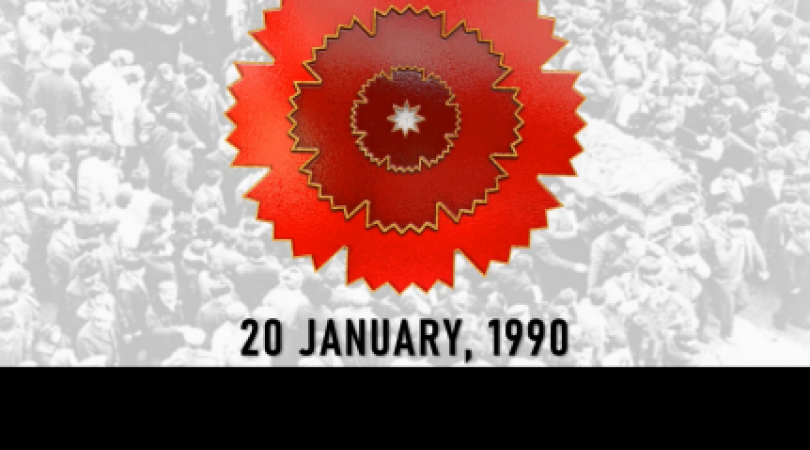 On May 23-27, the vice-president of Azerbaijan National Academy of Sciences, the chairman of the Science and Education Commission of the National Assembly of the Republic of Azerbaijan, the director of the Institute of Literature under Azerbaijan National Academy of Sciences, academician Isa Habibbayli visited Budapest. During the visit I.Habibayli met with the State Secretary of the Ministry of National Economy Cseresnyés Péter and the deputy State Secretary of the Ministry of Human Capacities Pölöskei Gáborné, as well as with his Hungarian counterparts, and discussed further development of cooperation between the two countries’ scientists and the implementation of joint projects.

On May 25 an international conference on the 85th anniversary of the birth of academician and world famous Hungarian turkologist Georgy Khazain (1932-2016) was held at the Andrássy University Budapest. At the international conference opened by the rector of the Andrássy University, Professor Dietmar Meyer, scientists from Hungary, Austria, Germany, Turkey and France made presentations on the contemporary problems of Turkology science and the contribution of Academician Georgi Khazai to studying written monuments of Turkic languages. The Vice President of the National Academy of Sciences of Azerbaijan Isa Habibbayli participated in the conference.

On June 12, Professor of Azerbaijan Technical University, doctor of technical sciences Shahnaz Shahbazova was awarded the highest award “Honorary Professor” of the University of Obuda in Budapest.

On 6-8 February, the Art Director of InterConsert Hungary Ltd Mrs. Irina Sec visited Baku. During the visit I.Sec met with the Deputy Minister of Culture and Tourism Adalat Valiyev and was acquainted with the cultural centers such as Opera and Ballet Theater and Russian Drama Theater.

On March 16-17, the Hungarian Cultural Days were held under the patronage of the First Vice-President of the Republic of Azerbaijan, the First Lady of Azerbaijan Mrs. Mehriban Aliyeva and the spouse of the Prime Minister of Hungary Mrs. Aniko Levai in Azerbaijan. Within the framework of Hungarian Cultural Days held under the patronage of Aniko Lavai more than 100 Hungarian cultural and art figures, as well as journalists participated at a large concert program, exhibition, fashion show, Hungarian wine degustation.

On July 11, the Embassy of the Republic of Azerbaijan in Hungary jointly with the Embassy of the Kingdom of Norway organized the concert with participation of Azerbaijani musicians – graduate of the Baku Music Academy, Norwegian Grieg Academy and the student of Manhattan School of Music in New York, Humay Gasimzadeh (piano) and graduate of the Baku Music Academy Jala Aliyeva (violoncello). At the concert, attended by representatives of the accredited diplomatic corps in Budapest, representatives of the local community, the Azerbaijani and Norwegian Diaspora and Azerbaijani students studying in this country, were played the music of Edward Grieg, Fikret Amirov and other contemporary classical composers.

On September 26, the event dedicated to the 50th anniversary of the Azerbaijan Carpet Museum was held at the Museum of Applied Arts in Budapest.

The director of the Azerbaijan Carpet Museum, the chairman of the ICOM Azerbaijan National Committee, PhD in Art Studies Shirin Malikova made a presentation on Azerbaijan's carpet art, history and traditions at the event.

On September 11-14, the delegation led by the Minister of Health of the Republic of Azerbaijan Oktay Shiraliyev paid a working visit to Hungary to attend the 67th session of the World Health Organization in Budapest.

On December 4-5, the Director-General of the Hygiene and Epidemiology Center of the Republic of Azerbaijan Dr. Imran Abdullayev paid a visit to Hungary to participate in a symposium on “Sustainable food systems for healthy nutrition” in Budapest.

On July 29, the Ambassador of the Republic of Azerbaijan to Hungary H.E. Mr. Vilayat Guliyev participated in the closing ceremony of the 14th European Youth Olympic Festival held in Gyor, Hungary. The Vice President of the National Olympic Committee of Azerbaijan Chingiz Huseynzade and Secretary General of the National Olympic Committee, MP Agajan Abiyev participated in the event as an honorary guest.